MADISON, Wis. (WISN) — A series of posters appeared on the University of Wisconsin-Madison early Friday morning that included phrases such as “UW 4 Whites Only.”

The university said in a statement the posters appear to be “part of a coordinated campaign calling attention to experiences of underrepresented students.”

“Madison can be a very white space,” said Kela Caldwell, a student who said the incident was discussed in her class Friday. “And for students of color, it can be a really scary space.”

Two other pictures posted to the university’s Twitter account read, “UW does not care about trans folks” and “I’m tired of having to teach my teachers.”

Update: Multiple posters around campus appear to be part of a coordinated campaign calling attention to experiences of underrepresented students. 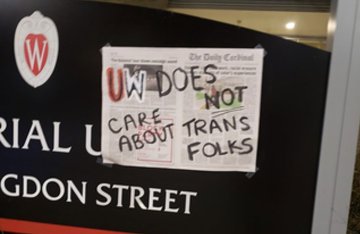 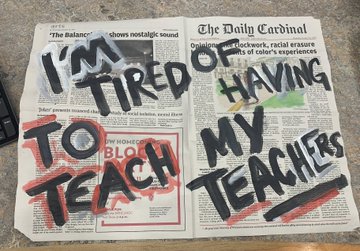 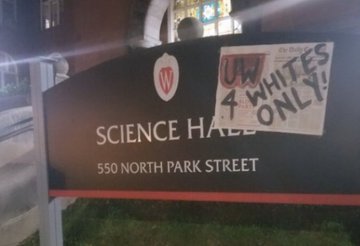 “From what I’ve seen. I’ve definitely picked up there is a disconnect on campus and people feel underrepresented by the school,” said freshman Margo Kurth.

UW-Madison police are investigating the posters.

“While we support the right to freedom of expression, we also have policies that prohibit the posting of unauthorized material on campus property,” the university’s statement said. “As with any incident like this, we are gathering more information and will be following up as appropriate.”