The body of a 63-year-old-man whose family said jumped into the Mullet River to save his dog has been found, police say.

Kevan McClintock’s family said he was last seen by the Mullet River at 12:30 a.m. Thursday.

He had gone to check on his dog, who was in his car, and the dog took off.

The dog was later found by a friend in the area.

No one saw McClintock, of Greenbush, enter the water, and initially it was presumed that he had gone back to the tavern, police said.

“The friend he was with said the dog jumped in the water, and she went running after him. Kevin is deathly afraid of water. He cannot swim,” said Brenda Saladini, a longtime friend of McClintock’s. 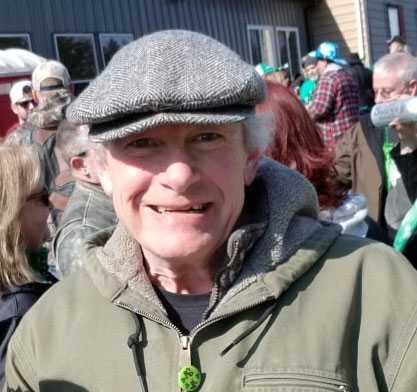 Later Thursday morning, the friend who had found the dog became more concerned because McClintock hadn’t gone to the tavern, and his car was still in the downtown area.

The family checked his residence and other locations he may have gone to, and he was not located.

“It’s very hard. It’s difficult, so, and it’s a hard feeling knowing there’s nothing we can do to figure out where he’s at,” Nardini said.

Plymouth police Friday evening that dive and rescue crews had searched the river, its banks and other areas where McClintock may have been.

“To continue searching beyond what we have done would compromise the safety of the search and rescue teams,” police said in a news release.