(CNN) — Fishermen off Norway’s northern coast were astonished last week when they spotted a beluga whale wearing a harness, complete with mounts for a camera.

And according to marine experts, the mammal’s backstory may be even stranger: They believe it was trained by the Russian military. 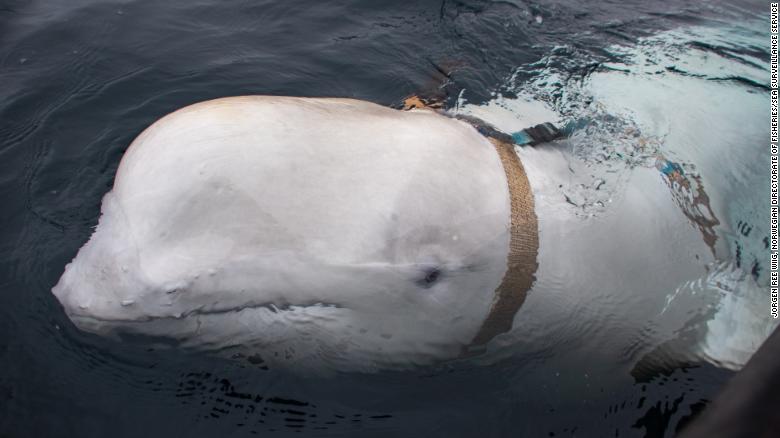 Experts believe a beluga whale spotted off the coast of Norway was trained by the Russian navy.
Fishermen Joar Hesten was the first to encounter the whale, off the coast of Finnmark, a county in northeastern Norway. Hesten then contacted the country’s Directorate of Fisheries. 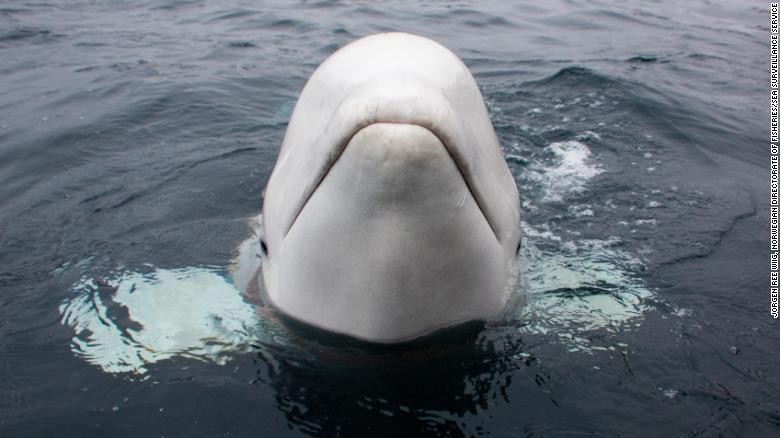 The whale was friendly and playful, witnesses said.
Jorgen Ree Wiig, a marine biologist at the directorate, told CNN: “The whale seemed playful but our instincts said that it was also asking for help to get out of the harness.”
The harness appeared “specially made,” Wiig said, and bore “mounts for GoPro cameras on each side of it,” while the harness clips read “Equipment St. Petersburg.” 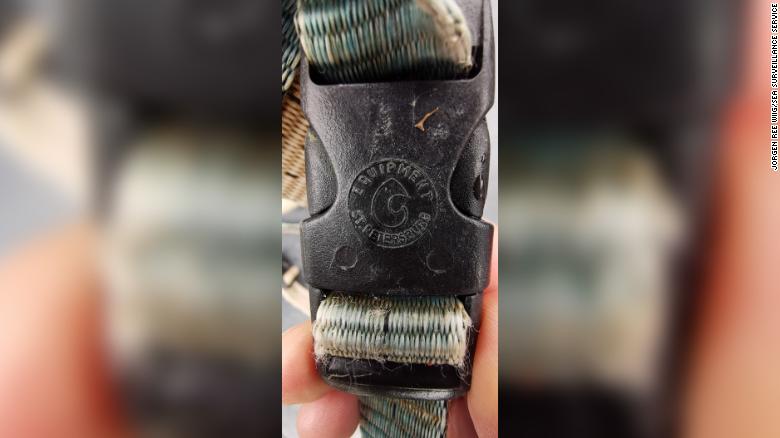 Writing on the harness clips read ‘Equipment St. Petersburg.’
Wiig believes the whale came from Murmansk, Russia, and was trained by the Russian navy. The navy has “been known to train belugas to conduct military operations before,” he said, “like guarding naval bases, helping divers, finding lost equipment.”
CNN has contacted the Russian authorities for comment.
Martin Biuw, a marine mammal researcher at Norway’s Institute of Marine Research, agreed with Wiig, telling CNN: “The fact that it’s a trained animal is undoubtable.”
After seeing video footage of the whale, captured by Wiig, Biuw said: “It’s quite clear that the whale is searching out the boat, and that it’s used to being around boats. The whale is coming up with its head above the water, opening its mouth, which suggests that it’s expecting to be fed fish as a reward.” 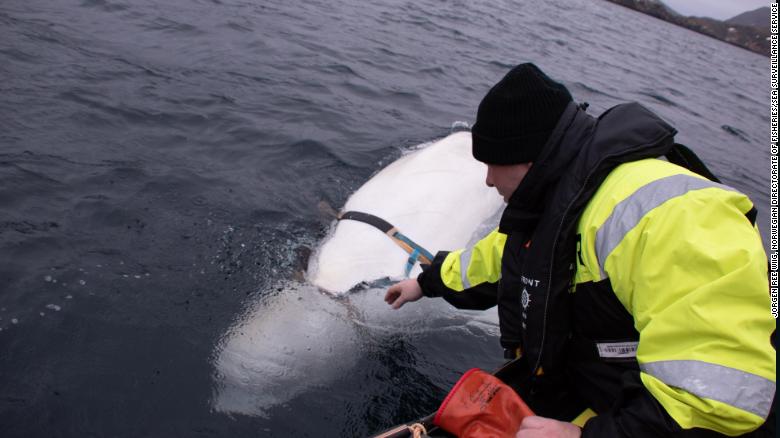 Experts from the Norwegian Directorate of Fisheries released the whale from its harness.
Such training, he said, “is not conducted by researchers or anyone in Norway or Greenland. Researchers there do not use harnesses.”
Biuw stressed that any statement on the whale’s intended purpose would be “pure speculation,” but added: “We know that the Russian military during the Cold War were training belugas to sniff out mines or old torpedoes.”
In 2017, the Murmansk Sea Biology Research Institute trained beluga whales, dolphins and seals for military roles, the Siberian Times reported.
As for the beluga spotted last week, the Norwegian Directorate of Fisheries succeeded in freeing it from the harness, after which it swam away. “It was the best feeling ever,” Wiig said.

Chilly air continues to push into our region with high pressure from Canada slipping into Northern Minnesota. We should see partial clearing Tuesday…

You are using an outdated browser. Please upgrade for the best experience.